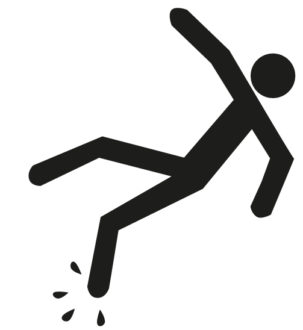 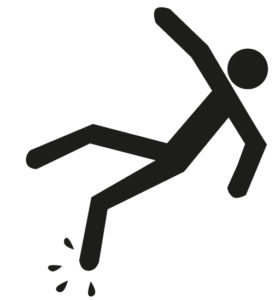 One sometimes reads statements like: ‘In Turkish culture a girl has no say in deciding with whom she will marry’ and ‘in Islam women are subordinated to men’. But also ‘in western culture men and women are equal’. What is wrong with these statements?

Not just ordinary citizens, but also researchers, social workers, youth protectors, police officers and public prosecutors make these and similar statements about individual citizens’ culture and religion. In official reports too they are presented as general and undisputed facts.

But are these and similar statements applicable to every Turkish woman, each westerner and every muslim? And: are they based on scientific insights? Can they be used in a risk-assessment for the X family?

This has been puzzling me for some time.

The scientific base is always the condition

A scientific base is important because police officers, social workers and child protectors, much like medical doctors and psychiatrists make risk assessments.

Their goal is to determine why certain individuals showed dangerous behaviour in the past and whether they might do this again in the future.

This is an important, yet a difficult job.

Professionals have a very strong impact on the life of ordinary citizens. They decide to arrest people, advise or maintain area or contact restrictions, impose treatments or surveillance, or take children away from their parents.

They are no scholars or scientists themselves, yet their assessments are required to be based on scientific theories and insights, clear criteria and tested methods.

For professionals terminology and jargon are no problem

All professionals therefore use definitions. Police officers and lawyers are familiar with terms like ‘manslaughter’ and ‘involuntary homicide’, family consultants use a term like ‘system’, with which they mean a network of family members and friends. A medical term is ‘heart attack’: a physician will never use the word infarct when she means a heart attack.

To each definition belong criteria with which one can determine whether it is applicable.

Yet when we look along these professional lines to the above statements, immediately a problem pops up: the term ‘culture’.

What does ‘culture’ mean?

About this question volumes have been filled. According to some culture is so comprehensive that it is impossible to give a definition. Notwithstanding, the word culture is often used in popular speech.

In a professional setting things must be different. It seems logical to me that when a social worker gives a statement about this or that culture or attributes a phenomenon or an individual’s behaviour to a given culture, they know exactly what culture means and what it does not.

The professional is required to give professional judgments on concrete problems and it follows that they have to be able to elucidate the terms used and explain their analysis, also to the people involved.

Yet when it comes to culture, this immediately goes wrong.

Let us examine a bit closer the statement about ‘western culture’. Equality in our societies is something positive which is also stimulated by our governments.

Yet instantly a western counterexample comes to mind: Mr Donald Trump. Mr Trump is a westerner, from New York. Yet during his term so far all of us have witnessed how he continually stresses unequality between the races and the sexes.

So, what does the statement regarding ‘western culture’ tell us about Mr Trump? Frankly, nothing at all. Or perhaps that not all, but most westerners regard equality as a positive ideal. Thus, equality is for men and women in the West more an ideal than a fixed ‘cultural’ fact for everyone.

The tendencies in Western culture

Some people might reckon it a bit silly to refer to Mr Trump. For everybody can see the tendencies among westerners, right? Yes, sure, we can determine and measure these tendencies. Let us therefore assume that 82.5% of western populations support the ideal of gender equality. Yet, even this elevated figure does not make this tendency a fact in all western individuals and families.

Therefore, statements about ‘western’ culture therefore have no value on individual level at all, even if we knew what culture means. Professionals know this, and for that reason they carry out thorough research on Western (Dutch) families and individuals, not their culture.

The statemens are surely true for Turks and muslims

But perhaps, then, those other, rather negative statements about Turkish women and the Islam are correct? A professional surely can for convenience’s sake assume that the Turkish Mrs X has nothing to say, and that in the Islamic Y family women are despised?

No, they cannot, they may not.

A professional needs to assess individuals

Not even if they have the impression, based upon years of experience, that Turkish women have no say. And not even if scholarly research pointed out that this hold for, say, half of all Turkish women.

As a professional you need to argue per individual or per family where a problem resides and where it doesn’t. You can never project assumptions, stereotypes and tendencies on individual citizens.

Because ‘culture’ is such a vague notion, and some people have only a superficial knowledge of islam, it is convenient to relate it to other complex problems.

Such as honour related violence – for many just as complex as culture. In a Dutch article on Moroccan teenage girls I read this sentence:

Social workers mainly enquire after a family’s religion in order to determine their social position and assess the risk of honour related violence.

Yes, you read this correctly.

It says that social workers based upon information on their clients’ religion, more in particular islam, assess a risk on violence. As a reader, then, I tend to think: the more religious the family appears in the eyes of the social worker, the higher the risk on honor related violence.

In practice therefore there are two problems:

Because of this shaky cultural perspective social workers enter with the best of intentions but also with a dose of mistrust an islamic home when there are problems. This attitude is not only damageing to their clients, but to all of us.