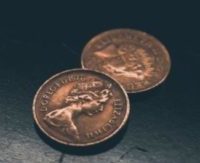 This week I heard about about an online conference in Denmark about negative social control in relation to honour related violence after it had already started.

From previous participations to conferences in Denmark I knew that negative social control is being introduced  as a new concept in the policy regarding honour related violence in Nordic countries.

I was interested, because I had noticed that there were no clear definitions of the concept of negative social control.[note 1]

Negative social control in this particular sense, as I understood it, involves the limitations people impose on others, for example parents on their children, regarding their freedoms, of utterance, sexuality, partner choice and so on. It is also mentioned in relation to honour related violence, although, as far as I know, it is not considered part of it.

The lack of definitions is, in my opinion, a recurring phenomenon in the studies of honour related violence. In a great many publications, at least as far I know, honour is hardly ever defined (and even more rarely differentiated from related notions, such as social status and societal ideals) while mainly being presented as a characteristic of non-western people.

In the Netherlands this particular concept of negative social control is not very much known in the field. We can apparently still do without. But I fear it will be introduced someday, since in this area a constant need is felt to come up with new concepts and notions, most of which are not commonly used in social sciences.

While entering the brief conference I asked myself:

I was looking forward to the new insights the conference was going to give me.

I downloaded the appropriate app and before long my live camera picture was in the participants’ row.

The presentation was about Negative Social Control from the perspective of the parents. The speaker was a bright PhD student from Denmark who is getting her degree in Norway, and considered an expert on negative social control.

As a matter of fact, I am learning Danish — it is really great fun and very interesting; yet I admit the speaker spoke a bit too quickly for me to understand everything she said. Luckily she had provided an English handout of her presentation.

As I already mentioned, as a scholar I am very much interested in definitions. As a rule, scholars and scientist make a point of being very precise in their definitions, especially when there are disagreements.

Definitions provide criteria, which make it possible to have debates, discussions and exchanges of arguments. The correct definition of a given virus, for example, allows for the development of one or more cures.

Nevertheless, my tendency to critically enquire after definitions and clarifications is not well understood by all.

Apart from their academic importance, definitions also provide information for citizens involved regarding their social and juridical position.

For example, imagine that a government agency blames you of exerting negative social control over someone else. In that case it is not merely handy, but in a constitutional state a condition, that there are people that can provide you with criteria that explain you what exactly you did wrong.

A definition and criteria make it possible to determine standards and a bandwidth: exactly how much freedom should you grant your child? For what reasons you are reasonably entitled to argue that you diverted from these standards?

More precisely: at what time can you reasonably demand your 14-year old daughter to come home when she is out with friends? In which sort of situations are you entitled to tell your daughter she cannot go out at all?

Based upon the definition, the criteria, the standards and the bandwidth, you can formulate a reasonable defense.

(Having said this: I heard of many cases in which people are found to exert too little social control. For example, people are blamed of granting their children too much freedom regarding playing ball games in the street, and kick balls in their neighbours’ gardens time and again, or hanging out after school on the corners of the streets in loud groups with mopeds, letting their children wear too sexy clothing, etcetera.)

I therefore looked up the speaker’s definition of negative social control in the English version of her presentation. It says:

Social control refers to a society’s capability of regulating itself in relation to desired values, principles and rules.

We are all formed by social control, but when it limits peoples [!] independence, freedom of movement, sexuality, freedom of religion or social lives, it is then a case of negative social control, where the purpose is to work against deviant behavior (p. 4).

Through the chat I asked the speaker to clarify this definition.

Our freedoms are by definition limited

My issue with her definition is that it suggests that neutral social control differs from negative social control on the criterion of regulation versus outright oppression of deviant behaviour. This to my mind needs clarification.

There are societies and, by extension, governments, that not merely regulate in the direction of desired values, but also severely limit people’s freedoms. Are these then not forms of negative social control? Or do societies (or governments) never try to banish deviant behavior, is this something only individual citizens do?

Our freedoms are limited by law and court rulings

Our freedom of speech is already limited by law, for example utterances of hate, racism and slander are prohibited. In the Netherlands not long ago the motor club Hell’s Angels was banned, limiting its members’ freedom of society.

A few years ago a society propagating sex with minors, Martijn, was closed down by a court ruling, in an attempt to ban harmful deviant behaviour.

From March on, our governments have been limiting many of our freedoms for the sake of national health.

The speaker’s answer, given orally, but immediately translated into English, was brief and clear:

social control is negative when the effects on the individual are negative.

In spite of its brevity and clarity, I found this addition in a way disappointing. In my view, this is not a definition, and provides no criteria whatsoever. Obviously, it is entirely left to the individuals’ subjective interpretations whether social control in their case is perceived as negative.

Defined this way, negative social control is not an objective notion.

We need an objective definition

For what I believe is a negative effect, you may consider positive or neutral, and vice versa. (I may even acknowledge the negative impact on you, but take it for granted in view of other values I consider more important — such as our family’s relationships with the neighbours or your long-term psychological wellbeing. Or the country’s public health.)

From the perspective of the citizen versus the powerful government and governmental institutions the absence of criteria is very tricky.

If an important governmental institution such as, say the youth protection agency, decides a given citizen exerted negative social control over her son — simply because it says so, that citizen has, in this way of reasoning, no arguments to contest the agency’s judgement.

Immediately after my question, a participant decided to connect to me through LinkedIn. After the presentation I sent her a message in which I expressed my surprise and disappointment about the speaker’s reply, which she also had heard.

She kindly clarified that the expert forgot to mention both in her presentation as well as in her oral reply that negative social control is always related to the communities of minorities and honour related matters and conflicts.

Now the penny has dropped!

I felt taken by surprise again. In the first place by the fact that in this field of research experts just keep providing incomplete and ever changing definitions.

My new contact’s addition taught me again that negative social control is not a concept that can be defined in itself: it is related to one’s ethnic background.

Even though the expert speaker writes ‘we are all formed by social control’, only citizens from ethnic minority groups are considered to (potentially) exert negative social control on others, in particular their family members. For bogus motives, obviously.

Is there is something mystical about people from ethnic minorities?

There must be something mystical — is it their culture? is it psychological? — about ethnic minorities, i.e. non-Europeans. This mystical feature makes that they are the sole category of citizens that are likely to exert negative social control over their family members or others (and commit honour related violence).

Non-immigrants or governments never exert negative social control, even if they do the same things — in their context it must by definition be something else.

This knowledge (or should we call it a prejudice?) makes representatives of governments and governmental agencies alert on and suspicious of (which?) signs of negative social control (and honour related violence) in their contacts with people from ethnic minority groups.

How do we call this way of reasoning?

I mean the reasoning that allows that citizens be negatively evaluated and judged solely based upon their non-indigenous ethnic backgrounds.